The original idea of a “State of Jefferson” began in Yreka, California in the 1850’s during the Gold Rush, although no one really did anything to make it a reality until the 1940’s.  A favored Jefferson quote of these politicians and businessmen was from a letter that Thomas Jefferson wrote to James Madison in 1787,  “I hold it that a little rebellion now and then is a good thing, and as necessary in the political world as storms in the physical.”The Yreka Chamber of Commerce was one of the main groups that helped form and shape the movement for independence. This group of people took a stand against the unequal conditions of Northern California and Southern Oregon, such as the bad roads and obnoxious taxes that went to state capitols instead going towards local improvements. 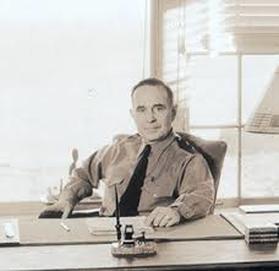 Gilbert Gable, the first Mayor of Port Orford, Oregon. The date is unknown.The Source is Colordove.
"If you don’t do some of what I need done here, so I can make money I want to build this community I’m going to secede” - Gilbert Gable, 1935, Jefferson Public Radio